Orton C of E School's Governing body is made up of 14 Governors, all of them volunteers (apart from the staff members, although this part of their role is voluntary for them too!) and all of them bringing different perspectives, expertise and experience to the Governing Body for the benefit of the school.

The School has to have a document known as an Instrument of Government to define the Governing Body and this requires Orton C of E School to have the following:

- Two Staff Governors, one of whom is the Head Teacher (automatically

a Governor ) and one whom is elected by the staff

- One LA Governor (appointed by the Local Authority)

- One Co-Opted Governor (appointed by the Governing Body)

- Eight Foundation Governors (appointed by the PCC/Diocese of Carlisle)

Andrea Mounsey is our elected Staff Governor. Details of Emma Pomfret, our Head Teacher and Andrea are elsewhere on this website but the remainder of the Governing Body may need some introduction: 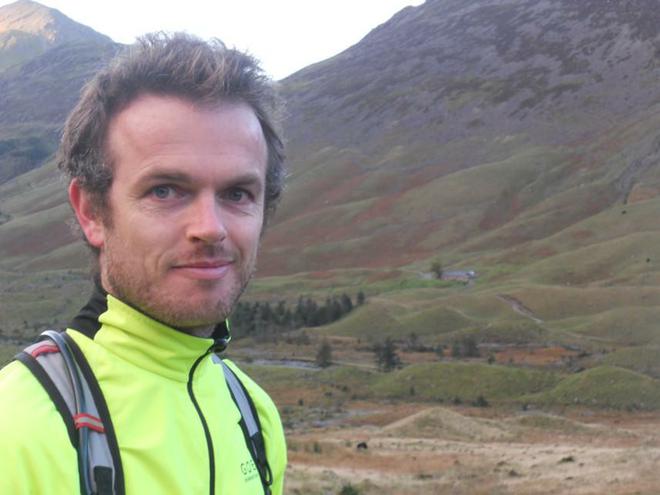 Richard chairs the Educational Standards Committee. He joined the team as a Co-Opted Governor in February 2018, having moved to the village on the birth of his twin sons.
Prior to the move Richard was Head of a 16-18 school in Hertfordshire, having previously enjoyed working in two girls’ secondary schools in London. He has served as Governor of an Academy for boys and girls aged 5-18 in North London, and was a Staff Governor at his first school after qualification as a teacher.
Richard works for the University of Oxford, working with students and staff in schools and on a number of educational projects across the region to increase the number of young people applying to the university from northern England.
Richard is a Director of the Good Shepherd Multi Academy Trust, a group of Church of England primary schools  across Cumbria and Northumberland, and a member of its School Improvement Committee.
Richard is particularly interested in pastoral care, and in bringing the worlds of work, current affairs and the outdoors in to education. His interests include fell and road running, walking and sustaining the resilience to support Newcastle United. 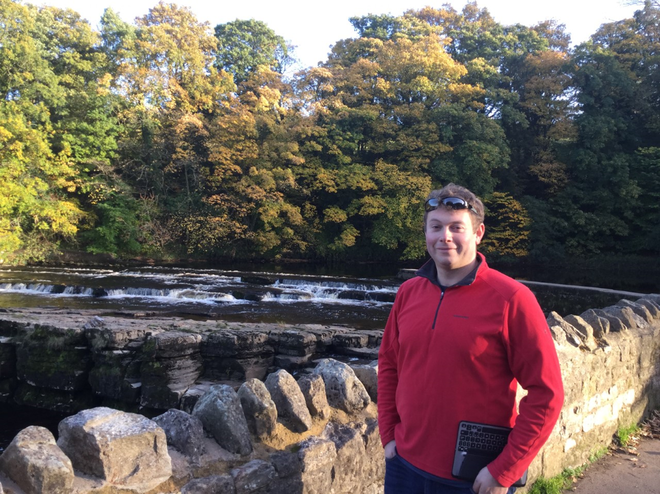 Matt joined the team as Foundation governor in Autumn 2015 and has two daughters at school. He is an Advanced Paramedic with the North West Ambulance Service and fills his spare time walking his dog, Henry around the village – you’ll often see them about.

Along with walking, Matt has a strong back ground in outdoor pursuits including kayaking and canoeing and these have taken him to many European destinations as well as instructing groups.

Matt is a member of the Finance & Staffing and Educational Standards Committees and he hopes to help with future projects to enhance the school environment. 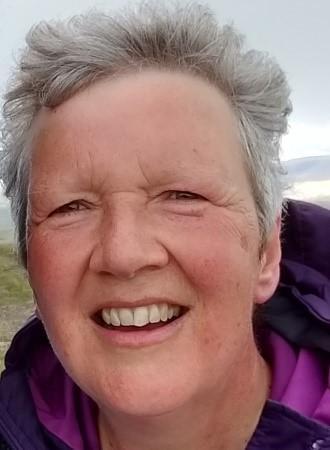 Sally was appointed as a Foundation governor in 2008 and was Chair of the Governing Body from early 2013 to September 2019. She first became a governor when her son was at Orton CofE School and has continued that interest and support as Chair and Vice Chair and also as a member of the Curriculum, Safeguarding and Finance and Staffing Committees.

Sally runs a PR and communications business from home in Orton and, before moving here in 2003, worked in corporate communications in the chemical industry. That probably accounts for her particular subject interest which is science. 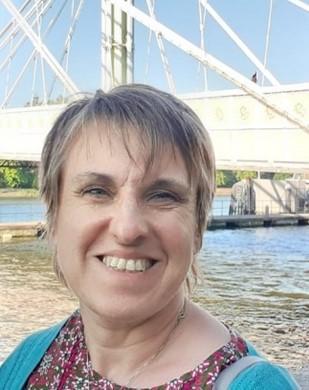 Rachel became a Foundation Governor in September 2021 and is a member of the Finance and Staffing Committee and the subject in school she is attached to is one of her favourites – History.

Brought up on a farm near Appleby, she has worked in various administrative roles and for the last 21 years in local secondary schools in Penrith and now in Kirkby Stephen as an Exam Officer and Cover Manager; an enjoyable but sometimes stressful role which involves a lot of collaboration with pupils, staff and parents.

Rachel married and set up home with Rowland in Orton village 31 years ago and their children attended Orton School. She is a practising Christian, being part of the village Methodist Chapel where over many years she has worked with young people from 4 to 19 and is currently part of Families Together in Orton and Tebay team, organising events for all ages in the two villages.

“My husband Rowland was a Governor when our children attended Orton School and now it seems it is my turn. I feel a sense of pride in our village school where both my children and their friends thrived and hope to be able to be part of the school community where the ethos of love, forgiveness and hope is the aim.” 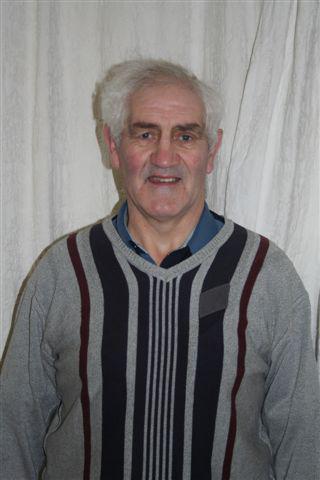 Chris has been a governor since 2014 when he was appointed as a Foundation Governor by the Diocese and PCC.

He is currently involved in the Curriculum and Finance & Staffing Committees. Chris was a governor of a similar-sized Church of England school for over 10 years back in the 1980s and 1990s so he brings that experience to Orton’s governing body as well as his Christian faith.

“My faith prompts me to be involved in the community to try to help to serve other people where I can. I feel that it is important that there are strong links between the school and our local church so I want to be involved in this direction as much as possible.” 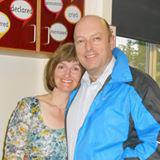 Most people in and around Orton know Nigel as the former Village Sub-Postmaster and owner of the Village Store and he’s shown here with his wife, Paula.

Nigel has been a Foundation Governor since 2006 and chairs the Finance & Staffing Committee. 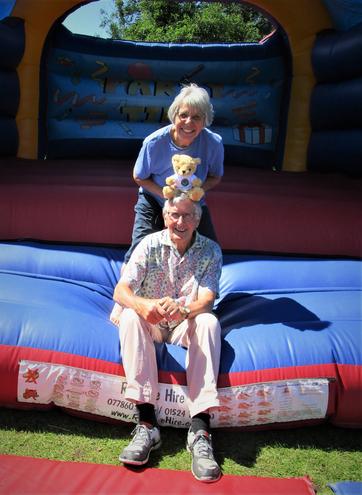 Mary moved to Orton over 19 years ago when her husband retired from being a Vicar elsewhere in Cumbria. From her early teens she has worked with primary aged children in Sunday Schools, Brownies, Cubs etc and as a Paediatric Staff Nurse. After the youngest of their four children started school full time she worked for over ten years in a large primary school with children experiencing special needs - work she found extremely rewarding.

She is a practising Christian and a member of All Saints Parochial Church Council as well as being team leader for Open the Book (ask your children about this) and helping to organise Charlie's Church (ask your Class 1 child!) .

Mary loves their large garden and walking, when other commitments allow.

"I feel very privileged to be a Governor in Orton C of E School and although I do not have the experience that some of my colleagues have as Governors, I do feel that working with children in the past will help me to develop skills that may benefit our village school." 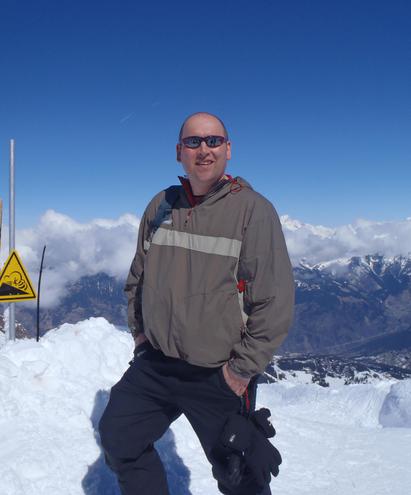 Ian was elected as a Parent Governor in May 2015 and became a Foundation Governor in December 2017. Ian's children attended the school and he is married to Mrs Simpson (Catherine). Ian is a self-employed driving instructor who is well known throughout the local area and has a reputation for being approachable and friendly with a wicked sense of humour.

Three years as the Chair of Friends of Orton School have provided him with an insight into the workings of the school and Ian has already developed a good working relationship with children, staff and parents.

In addition, as a Scout leader, Ian brings a wealth of skills and experiences to the governing body, including safeguarding, risk assessments and leadership. He is a member of the Safeguarding and the Buildings and Grounds Committees. 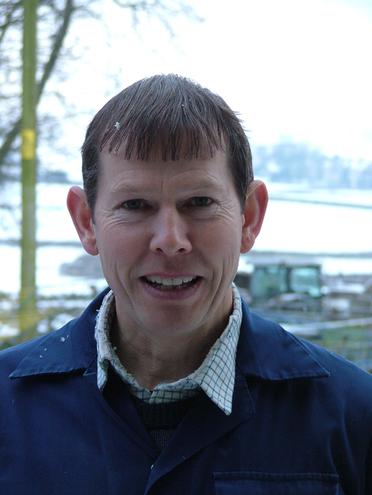 Julian has been a Foundation governor since 2002. He was first appointed by the PCC when his son, James was about to start at the school.

From his appointment, Julian has been a member of the Buildings & Grounds Committee which he currently chairs. He has been involved with most building and refurbishment projects in the school in recent years including the new build hall and classrooms (from plans and funding through to

completion and snagging) and in summer 2014, the sourcing and creation of The Cube temporary classroom. Julian is also a member of the Finance and Staffing Committee and his particular subject interest is maths.

“When first asked, I had no objection to getting involved and hoped I could be some help to the school. I like solving practical problems, don't mind a challenge and enjoy working with the children.”

Charlotte Kimber - Clerk to the Governors 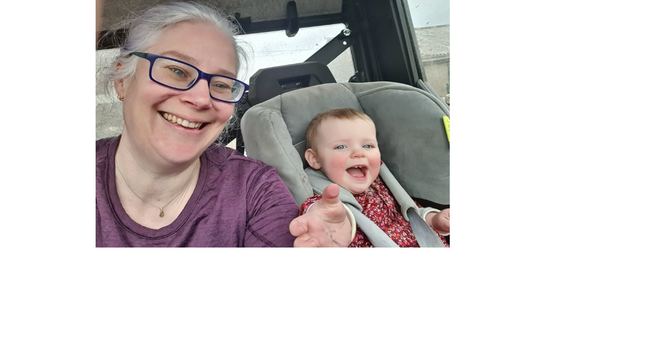 Charlotte was appointed as Clerk to the Governors in September 2020, taking over from Mrs Percival. Her older daughter attends the school and her second is counting down the days to start.  Charlotte is a Chartered Surveyor with many years experience working for a Local Authority bringing useful experience in organising committees and taking minutes  Until recently she was Business Manager at another local primary school which has also given her invaluable experience and insight.

Away from school Charlotte spends her time attempting to reach the bottom of the laundry pile and develop a love of running, and generally failing at both...

Unfortunately not the ones with chocolate chips.

Some cookies are necessary in order to make this website function correctly. These are set by default and whilst you can block or delete them by changing your browser settings, some functionality such as being able to log in to the website will not work if you do this. The necessary cookies set on this website are as follows:

Cookies that are not necessary to make the website work, but which enable additional functionality, can also be set. By default these cookies are disabled, but you can choose to enable them below: